There has been a Methodist Church in Guildford Town Centre since about 1854. From 1966 to 2013 we occupied a fine building just out of the centre in Woodbridge Road but rather detached from the heart of Guildford. In 2013 we accepted an invitation from the Parish of Holy Trinity and St Mary to join with them and base ourselves at the historic St Mary's building in Quarry Street, just off the High Street, bringing us back to the very heart of the town. As the oldest place of Christian worship in Guildford, St Mary's holds a special place as Common Ground for Christians of many denominations. Our vision is to work with Christians of all denominations to make St Mary's a beacon for Christian engagement with the people of Guildford, offering worship, outreach and service.

One of our members, Peter Youngs, has written the following account of Methodism in Guildford town centre: 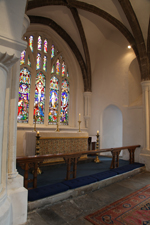 Surrey was far from being John Wesley’s favourite county.  He had a low opinion of its ‘fashionable circles of society’1; of farmers he said ‘…of all the people in the kingdom they are the most discontented; seldom satisfied either with God or man’2. As for farm labourers, he ‘declared they were not only grossly stupid in the arts of their life, but even more regarding religion and the life to be’; they were no better than ‘a turk or a heathen’3.

Consequently Surrey and its neighbouring counties were, as regards early Methodism, a ‘wilderness’ so it is not surprising that the first record of it in Guildford was not until 1828; a poster then announced that on 5th November of that year a room fitted out by the Wesleyans on some commercial premises was to be opened for worship.  This may have been an initiative by one James Horne, ironically a farmer in Normandy, who set up ‘preaching places’ in the local villages that subsequently became chapels.

It was another 25 years before a church was built on the corner of North Street and Woodbridge Road (what happened in the meantime is not recorded). In the 19th Century “dissenters’” places of worship had, by law, to be registered and this Wesleyan Methodist Chapel was registered as a Place of Religious Worship on 3rd February 1854.  . The standard form included the words ‘Protestant Dissenters from the Church of England’; these words have been crossed out and the Denomination simply called ‘Wesleyan Methodists’ apparently reflecting Wesley’s dictum that Methodists were not to be classed with the ‘true’ dissenters, including Baptists and other Calvinists etc.

A photograph from the late C19 shows the original North Street church being extensively rebuilt in the ‘Victorian Gothic’ style.  There it remained until the 1960s when it was sold to finance the construction of a new church in Woodbridge Road. The North Street church was demolished in 1968.

Of course, the Wesleyans were not the only Methodists in Guildford.  The Primitive Methodists had their own church in Chertsey Street from ca1861 until (despite the Act of Union in 1932) 1953 when it was sold to the Baptists to finance the building of a new Methodist church at Merrow.

A leaflet from ca1960, A living Church in a Lively Town, summarised the policy governing the move from North Street to Woodbridge Road: new developments were changing the shape of Guildford town centre; the North Street site was too cramped and had inadequate facilities; and the building had serious signs of decay. In Woodbridge Road the church would be on a main thoroughfare in an area where new municipal, commercial, residential and educational developments were planned.

The Church was designed to seat up to 300 people and eventually cost £124,000 including the cost of the site.  It was funded by £93,000 from the sale of the North Street site and various grants and funds from other sources.

The new church was opened in March 1966. However, over the following decades a combination of falling membership, looming building costs and the failure of the predicted development of the area compelled a reassessment of the role of the church in Woodbridge Road. It was finally concluded that Methodism would be better served by the congregation returning to the town centre and sharing the ancient St Mary’s Church in Quarry Street with its Anglican congregation. The Woodbridge Road church closed in September 2013 and was sold for redevelopment.

There is a formal Sharing Agreement in place between the Methodist Church and the Church of England. St Mary’s Methodists, with their Anglican friends, are now working to ensure that a church which has served Guildford for a thousand years will continue to be a centre of Christian worship and outreach in the heart of the town.

As part of the reordering of St. Mary's in 2019-20, we were pleased to install this stained glass window from our previous building. It now forms a spectacular wall for the new meeting room. 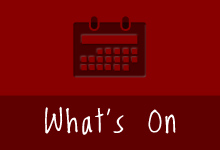 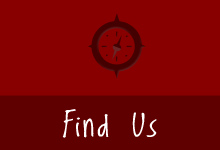